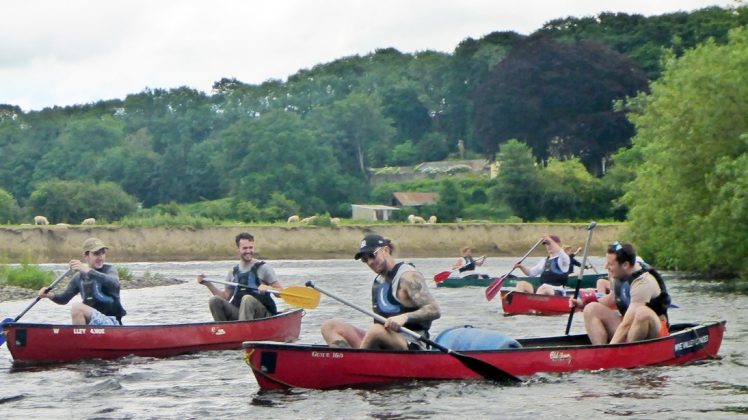 On the last weekend in June, 18 team members from Space Engineering Services took to the water for an action-packed weekend of canoeing on the River Wye.

Paddling downstream from Glasbury to Hay-on-Why, two of the team got the inevitable capsize out of the way within the first hour of the first day. From there it was a steep learning curve for them all to get their technique up to scratch, but by the time they reached their camp site at Whitney on Wye, they were paddling like pros and had covered a total of 10.5 miles.

With a good nights’ sleep under their belts, the team set off on Sunday morning on an 8-mile paddle to Bredwardine Bridge. Gliding through the calm waters of the River Wye, with stunning scenery all around, the team had a successful days’ paddling and they all reached their destination in good shape.

With their two-day adventure at an end, despite a few soakings and some aching arms, the team headed home with smiles on their faces and some brilliant stories to share.

Andy Sealy, Production Manager at Space Engineering Services’ plant manufacturing facility in Bristol, said: “I really noticed the team become closer over the course of the weekend, as they had to work together to overcome challenges and help each other. And there was a fantastic buzz about the trip back in the production facility on the Monday.”