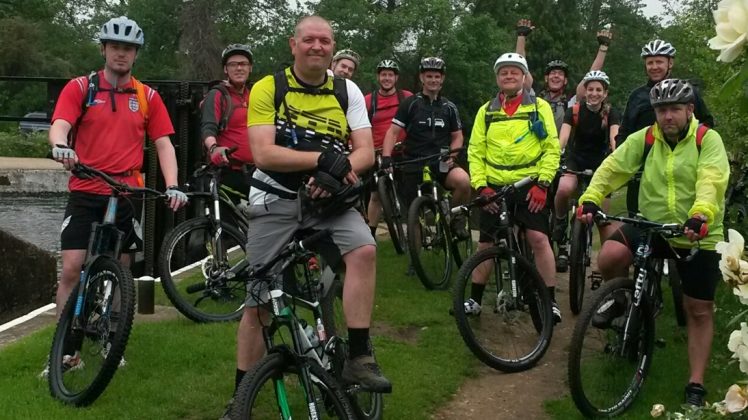 The countdown to the 300 km London to Paris cycling challenge is on!

A team of 12 cycling enthusiasts from Space Engineering Services will be re-attempting a 300 km off-road challenge which will see them peddle their way from London to the Eiffel Tower in under three days in aid of British Heart Foundation.

The challenge will take place from 17th to 19th September 2016, and will be the ultimate test of the off-road biking skills of the team who’ll ride over a mix of terrains and ascend up to 1,000 metres in a single day.

The event was originally planned in June, but the heavy rain in Northern France meant much of the route was flooded, and the original organisers, British Heart Foundation, took the decision to cancel the event to safeguard the health and safety of the cyclists.

With more determination than before, and renewed commitment to complete the challenge they set themselves, the team is making final preparations for the trip which begins on Saturday 17th September. They’ll be undertaking the challenge independently of British Heart Foundation, but they’ll follow the same route they would have in June. From puncture repair kits to ferry tickets, the team have organised everything themselves, and will have support vehicles with them the whole way which will be of immense help in ensuring the whole team reach the destination together and on schedule.

Although the rescheduled challenge won’t be organised by British Heart Foundation, all the funds raised will still go to the charity that carries out life-saving and ground-breaking research. Read the personal stories of the team and show your support by sponsoring them; visit JustGiving.com or click on the names below to go direct to their Just Giving fundraising page.

We’d like to wish all of the team; Brian Sealy, Mike York, April Collins, Dave Foreshew, Craig Evans, Tony Mills, Andy Sealy, Paul Hallett, Keith Harris, Dale Nouch, Lee Saxon and Greg Cottrill plenty of stamina, strength, and a lot of fun for this epic challenge! And a big thank you to Max Huntley and Phil Johal who will be heading up the support vehicles with those vital supplies for the team. Good luck to everyone and be sure to check our LinkedIn page to see the latest updates from the team.